Latest in legal news and advice from our top professional

Here are three mistakes to avoid after being involved in a car accident. You might have been going home from work or going to work, or maybe you work as Uber or Lyft and you’re at work, and then all of a sudden, you get rear-ended and you would have never guessed it was going to happen to you. So, I want to cover some basic things for you to know at the beginning of the case so you can get full compensation for your accident.

Number 1, wait for the police to arrive and give them a recorded statement. A lot of car accident victims exchange information and they go their separate ways not wanting to wait for the police. It’s a huge mistake. You definitely want something on the record. And we are able to file an MV104, which is a self-filled-out police report, but it doesn’t hold as much credence.

And the third one is not to post to anything on social media. Insurance companies look through people’s social media because it’s public information. And they’ll use anything against you that you post in relation to the accident. For example, we have clients who claimed they had bilateral shoulder problems, bilateral knee problems, and they would post up videos of themselves on Facebook working out and bench-pressing, maxing out as much as they can. It hurts the value of their case. We advise people don’t do it. Just refrain from being on social media for a while…

If you found this article helpful, or you’ve recently been involved in an accident, click the link here, or call the office, speak to me. I’ll personally help you with your case. I’ll let you know what’s going on. 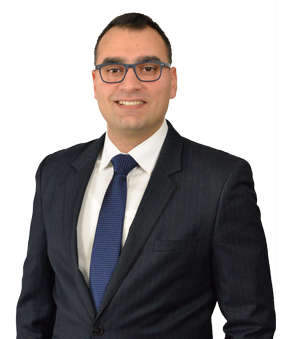